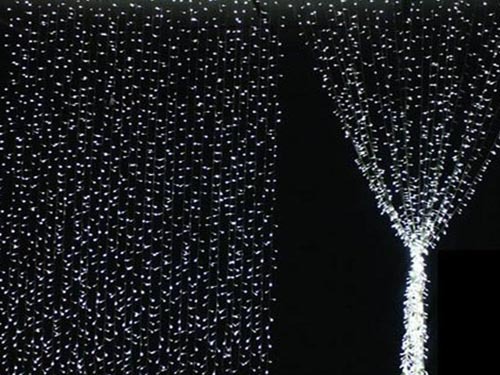 Road lighting has always been a controversial market for the development of China's LED industry. Prior to 2010, benefiting from various types of demonstration applications, road lighting became the earliest area for LED lighting products to enter into large-scale applications. However, due to the lack of mature LED technology at the time, some of the LED street lamps installed were not ideal due to their poor use. The replacement not only made LED street lighting companies suffer, but also caused some negative impact on the promotion of LED street lamps.

However, in recent years, whether it is LED light source or driving power supply, the performance of the company's technology and products has been greatly improved. With the substantial adjustment of product prices and further increase in local government support, road lighting has been Become China's LED lighting market penetration rate of the highest market segments.

With the advent of the global energy crisis and the deepening of the idea of â€‹â€‹building a conservation-minded society, LED road lighting, a new energy-saving and environmental protection technology, will surely bring a huge impact on traditional lighting technologies. In the future, the development direction of road lighting will also be LED lighting technology. It can be seen that the prospects for LED lighting in the domestic and global roads are limitless.

In recent years, the rapid development of LED, many cities in the world are vigorously promoting the LED, the implementation of the traditional street lights LED energy-saving street lighting transformation, but also around the country are also building roads, are also using LED road lighting products. Although the LED road lighting market has considerable prospects, there are still some problems with LED road lighting. These include standards, technologies, and sales issues. LED road lighting really wants to completely occupy the market, may need to address the following these questions.

Nowadays, there is an international organization that has introduced a streetlight standard, but in the country has not yet formed a perfect industry standard. There are many manufacturers of LED street lights, and the modules of each manufacturer are not uniform. Without standardization, there will be a series of problems in production, sales circulation, and use. Because the products of different manufacturers, whether they are light sources or electrical appliances, especially the size of the electrical appliances and the current and voltage classification of the connector drive, are all different. If the manufacturer goes bankrupt after a certain period of time, then if there is a problem with the application of the lamp, the corresponding replacement product cannot be found. In promoting the LED process, the standardization issue deserves attention.

LED energy conservation is now discussed very much, LED is indeed energy-efficient, but it can not be generalized. The extent to which energy is saved depends mainly on its "adversary" and on the model used. The reason LED can be used as a street lamp is that its dimming performance is better than traditional lamps, so it can be used as an alternative light source. Road lighting is the biggest energy-saving link in the dimming, at present, the traditional lamp dimming can only be adjusted to half, LED lights can be adjusted to 5% -10%, which is LED lights are better than the HPS lamp on the one hand. However, dimming should be based on changes in traffic flow at different times for dimming, LED street lamps can ultimately save energy much depends on the size of traffic flow. The combination of single light control dimming of street lamps and traffic flow is advanced in the country and is also a manifestation of the advanced nature of LED street lamps. The current guideline of International Commission on Illumination CIE 115 has established a road classification. By considering the traffic flow, traffic composition, and whether there are crossroads or other elements to obtain the data, the motor vehicle lanes are divided into M1-M6 grades. The lighting requirements are different for different grades. Therefore, many people in the industry hope that the country can quickly develop a corresponding road classification, which will help the application of LED lights.

One of the reasons why many people in the industry promote LED is that LED can control the light accurately. It is believed that the HPS light control light is not accurate, so that the light â€œrunsâ€ across the road and wastes energy. The precise light control of the LED light can control the light. In areas that need to be illuminated, this saves "unnecessary" light. However, the biggest problem with this theory is the lack of consideration of "both sides of the road also need light." According to an experiment conducted by an international major manufacturer, 78% of people believe that there are comfortable lights on both sides of the road. No light makes people feel uncomfortable, and the roads with light on both sides can bring people a sense of security. This point is very important. We should not only consider the issue of energy conservation, but we must master this â€œdegreeâ€ in the reconstruction of road lighting.

In order to improve the light efficiency, the color temperature of the LED lamp is about 5000-6000K, and the blue light is particularly large. As we all know, people's eyes vary in light transmission according to age. Younger people have very good eye transparency. Older people have poor eye transparency and poor blue-light absorption. They feel glare and see blue glare. This should also be taken into consideration when making street lights and analyzing the age composition of drivers on the road. In addition, in the 1960s, an experiment was conducted abroad to explore high cancer rates among textile workers and nurses. The conclusion is that high-intensity light will reduce immune function and increase the risk of cancer. There is no authoritative conclusion as to whether white light will affect the health of the people, but it should also be prepared for the rainy day.

Cost is the biggest problem that companies face when they enter road lighting. At present, municipal projects such as road lighting have begun to adopt the EMC model, which means energy-saving investment methods that use reduced energy costs to cover the full cost of energy-saving projects. This model allows users to use future energy-saving benefits to upgrade plants and equipment, reduce current operating costs, and increase energy efficiency. However, this also means that companies have higher one-time input costs and longer return times. In addition, the cost of post-maintenance maintenance of road lighting such as street lamps is high, and investment is greater than that of indoor lighting.

Sales, ie how a business gets a project. Road lighting is mainly based on municipal projects. For individual projects, the demand points of customers are also different. Therefore, companies must also have the following conditions for entry into municipal projects: First, the company's basic qualification certification, including national relevant green index certification, The companyâ€™s basic business license, etc. Second, the company must have production and construction qualifications, such as the qualifications for outdoor lighting and road lighting construction issued by the state; third, the company must establish a relationship with the local purchase price network, recommended directory, etc., and obtain the qualification for finalists. The fourth is in the local network.

For the development of the LED road lighting market, due to the strong support of the government, it is expected that the road lighting market will have a substantial growth in the short term, mainly the "National Semiconductor Lighting Energy-saving Industry Plan" issued by the six ministries and commissions of the country. National Development and Reform Commission Demonstration Project Such as road lighting as a highly valued area, at the same time, the recent LED road tunnel lighting products are also included in the list of energy-saving products procurement. In addition, local governments represented by Guangdong Province actively popularize LED lighting in the public sector. 2013 is the deadline, which will bring about large-scale procurement and bidding. According to the statistics of the relevant agencies, the LED lighting procurement market in 2014 has continued unabated. Compared with the purchase of 110 million yuan in the first seven months of 2013, the procurement volume reached 200 million yuan in the first seven months of 2014, a year-on-year increase of 81%. From the perspective of market demand and development trends, LED road lighting in 2014 is expected to continue to maintain rapid growth, and government procurement is expected to achieve greater breakthroughs.

From the standpoint of luminous efficiency, LED streetlights are not superior to high-pressure sodium lamps, but the development of intelligent control has greatly strengthened the advantages of LED road lighting products, including rapid response, strong adjustability, etc., and greatly improving the energy efficiency of road lighting systems. space. Philips Lighting's innovative research in this area is at the forefront, and thus it has repeatedly won the world's largest smart road lighting reforms. Its designed city lighting control platform can control the light source remotely and according to the flow of people, traffic and weather. Adjusting the actual situation such as change can effectively improve the overall energy saving space of the lighting system. The development of intelligent control technologies and systems will be expected to further shorten the investment recovery period, shorten the time for capital occupation, strengthen the operability of the EMC model, and bring tremendous development opportunities to enterprises that are actively exploring business models.