Will pets become a new breakthrough point for wearable devices?

As more and more wearable health management devices are introduced to the market, more people wear the product around them. This kind of device looks hot on the surface, but most of them do not capture the user's real needs, just collect data and then feed it back to the user's mobile phone in the form of a chart.

As far as sleep quality is concerned, in fact, users can probably know without the assistance of wearable devices. The reason why many friends will bring Jawbone UP is somewhat of an early adopter mentality. According to a friend, at the beginning, many people in the circle followed to buy, but after two months, there are only a handful of people who still wear this thing on their hands.

If such wearable health management devices fail to mine the information behind the data in the short term, they may eventually become a fashion toy. Because as the competition in the market becomes more and more fierce, the tolerance of user products will be reduced, and the requirements will become more and more demanding. In contrast, vertical areas such as the pet market may contain greater business opportunities. 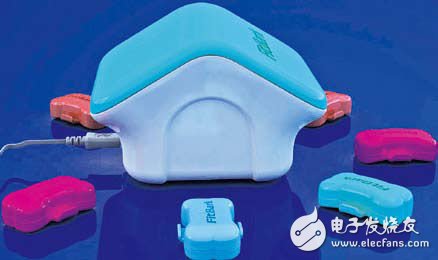 The pet market has potential

Whistle is a wearable device that hangs around a dog â€™s neck, and it tracks their activities based on the dog â€™s breed, weight, and age. The reason why founder Ben Jacobs created such a product is related to a statistical statistic: the United States has 80 million pet dogs, but only 72 million children.

In China, although there is no very official statistics on pets, according to the data disclosed in some reports, there should be more than 100 million. In big cities, there are many white-collar workers who raise cats and dogs. They are also willing to throw money at pets. If there is a reasonably priced wearable device for cats and dogs to wear, and can provide some data to help white-collar workers to understand their activities, they are also willing to pay.

When wearable health management devices are associated with people, user satisfaction with them may decrease over time. When Jawbone UP 2 was launched, I heard some friends rave about its deep sleep monitoring. But after two or three months, some people have thrown them aside. If the collected data is displayed purely, users will gradually feel numb, and even regard the device worn on their body as a burden.

On the contrary, for ordinary people, they can't understand how much feedback from pets, they can only make small judgments based on their animals and sounds. If there is a product that can help them understand the pet's sports data, so as to speculate their health status, it has been regarded as an improvement.

In other words, most of the existing wearable health management devices do not meet the real needs of humans, but they are already very suitable for wearing on pets.

In addition to Whistle, there is a similar product overseas called FitBark. Can these two "vanguards" first find a market for pets?