4G tenders are all frustrated, how do domestic chip makers step forward

Can domestic communication manufacturers lack "core" and less profit in the 4G era? From the current point of view, the situation is still worrying. China Mobile â€™s latest TD-LTE (4G) terminal bidding results show that only Huawei HiSuc has won the bid for domestic chip manufacturers, and many other domestic manufacturers have collectively been frustrated. More than half of the winning terminal products use American Qualcomm chips, and the upper reaches of the industry chain compete for the right to speak. Not optimistic. 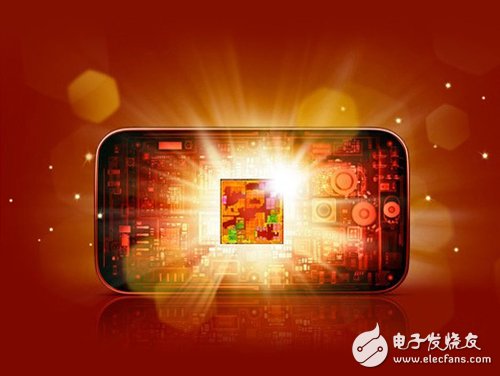 Among the three major domestic operators, only China Mobile is currently carrying out large-scale 4G procurement. The scale of China Mobile's centralized procurement bidding is about 207,000. There were 57 manufacturers participating in the bidding, and there were only more than ten similar terminal biddings half a year ago. The scale has increased by at least 6 times, but this time only 17 companies won the bid, and the bid winning rate was less than 30%.

Among them, well-known enterprises such as LG, Haier, TCL, Xinyoutong, Tongzhou Electronics, and Chuangyi Video have successively lost the election. Many companies have declared multiple terminals to participate in the bidding at the same time, but few bids.

It is worth noting that, among all the winning products, those who adopted American Qualcomm chips accounted for more than half. Among domestic chip manufacturers, only HiSilicon, which is owned by Huawei, won the bid, but it was mainly used in Huawei's own terminals. Lianxin, Spreadtrum, MediaTek and other mainstream domestic manufacturers collectively frustrated this tender.

The chip is the commanding height of the upstream of the industrial chain, and domestic chip manufacturers have released a danger signal this time. In China Mobile's TD-LTE terminal procurement this year, the proportion of winning products using Qualcomm chips exceeds 60%.

Domestic mobile phones are trapped in the "core"

Among the 4G mobile phones planned by China Mobile in the second half of this year, Samsung, Huawei, ZTE and other mainstream Chinese and foreign brands all use Qualcomm chips. Only a few 4G mobile phones use domestic chips.

Chinese manufacturers such as HiSilicon, Spreadtrum, Chuangyi Video, Lianxin Technology, and MediaTek entered the TD-LTE (4G) chip design and production earlier, but the corresponding terminal products have been difficult to produce. Qualcomm will gain more voice in the TD-LTE industry chain by leveraging its long-term accumulated chip R & D and design advantages, and the early 4G domestic market share, thereby weakening the competitiveness and development prospects of domestic manufacturers.

A well-known research organization IDC report shows that in the mobile terminal industry chain, chip R & D and production account for about 20% of the profits in production and sales. Qualcomm and other chip giants use patents to authorize production, and the profits account for up to 40%. The profits of production companies account for generally At only about 10%, the proportion of profits of some domestic foundries is at a low level below 5%.

At present, the global communication terminal industry chain is dominated by foreign manufacturers. The chips used by global mainstream brands are mainly from a few manufacturers such as Qualcomm, Texas Instruments, Samsung, ARM and Marvell. Qualcomm, Texas Instruments and ARM together account for 60% of the market share. Domestic chip companies Located at the end of the industrial value chain, it makes small profits through OEM production.

Mai Haochao, an expert of iResearch, pointed out that European and American manufacturers currently have the core technology of communication terminal design and R & D, so they have the right to speak in the industry chain and control the high value-added links of the industry. Chinese terminal chip manufacturers still need to "make up lessons". At present, some strong domestic enterprises can obtain a slice of the industry chain by purchasing technology authorization or secondary development and integration of chips, while companies with poor technical capabilities can only do OEM.

4G turns to rely on chips to become stronger

The mobile phone industry always has the saying and expectation of "2G follows, 3G catches up, 4G surpasses", but whether the domestic mobile phone can achieve a turnaround in the 4G era, the strength of domestic chips is an indispensable part.

In the 2G and 3G era, Chinese mobile phone manufacturers are all followers, with insufficient technical reserves and little say in the international market. The 4G era is coming, and chip manufacturers such as Huawei Hisilicon, Datang, Spreadtrum and others are stepping up their efforts, because owning their own chips can not only save huge patent licensing fees, but also give full play to the cost-effectiveness of domestic mobile phones. This is exemplified by the significantly lower selling prices of current models using Hisilicon chips.

Although domestic chips are not performing well in the current 4G terminal bidding, a careful analysis shows that there are still great opportunities for domestic chips:

First, the reason why Qualcomm chips are dominant is that it has leading advantages in multi-frequency multi-mode and single-chip technology, but the gap between domestic manufacturers is not far.

The third is that China Mobile's bidding volume is not large, which is of the nature of water testing. The subsequent 4G mobile phone market space with hundreds of millions of units has not yet been released.