Light environment is one of the important physical environmental factors indispensable for plant growth and development. Controlling plant morphogenesis through light quality regulation is an important technology in the field of facility cultivation. At first, plants can only grow in an open environment. Because of the many uncontrollable factors in nature, the quality and yield of crops are full of uncertainty. Then there was greenhouse cultivation.

The greenhouse cultivation solves the uncontrollable growth conditions of a series of plants in an open air environment, such as temperature and humidity suitable for plant growth, and one of the raw materials for plant photosynthesis to accumulate organic matter - carbon dioxide concentration and the like.

Human beings are always facing problems, but humans are always solving problems. As the world's population grows and the area of â€‹â€‹cultivated land declines, people are also aware of the seriousness of the food crisis. But people always need diet, but the population is increasing, the cultivated land is getting less and less, and the farmers are getting fewer and fewer. These are the result of social development, they will not be reversed, and they will not be reversed. The only solution can only be to improve the efficiency of farming and increase the quality of agricultural production. 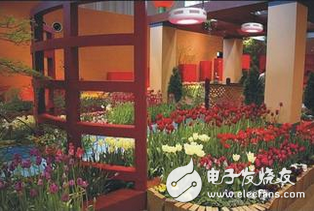 To achieve stereoscopic planting, the biggest problem is the light needed for plant photosynthesis. The sun can only achieve one layer of planting. Even with specular reflection, the area is too large, and the number of layers is too large, the sunlight can not meet the planting. demand.

Since natural light can't meet the demand, it can only be done by artificial light. Plant lights came into being. Incandescent lamps to halogen lamps, and then to sodium lamps to fluorescent lamps, although various attempts and applications are progressing, but there is no plant lamp that can ensure light-effect illumination and energy saving. Until the rapid development of LED technology, LED plant lights were invented and applied, and the concept of plant three-dimensional planting was once again placed on the countertop. Plant growth lamps are more environmentally friendly and energy-saving, providing photosynthesis to plants, promoting plant growth, reducing the time spent on plant flowering, and improving production! In modern construction, it is an indispensable product for crops.

Removing transportation costs from the food chain is also a major breakthrough. The ability to consistently deliver fresh, wholesome food presents a major shift in people's lifestyles and quality of life. The growth lamp increases the density of food production by a factor of ten. This is of great significance.

Compared to previous high pressure sodium lamps and metal halide lamps, LED plant growth lamps are more powerful and efficient. Less heat allows the plant light to be closer to the plant without worrying that the plant will be scorched. A series of advantages such as high light efficiency, low energy consumption, energy saving and environmental protection, and spectrum control make it the leader in the field of plant light supplement.