ã€€ With the popularization of smart technology, various new applications in the sensor market are emerging, such as artificial light sensors, small electromyography sensors, sticker sensors, etc. The emergence of these products has also given some inspiration to the innovative research and development of sensors in China.

Today, all walks of life are transforming toward intelligence. As the data collection entrance, the sensor sensor is the "heart" of the Internet of Things and smart devices. It is also the main force of this intelligent transformation and upgrading tide, and plays a special role in the future intelligent enterprise production. With the popularization of smart technology, various new applications in the sensor market are emerging one after another, and these products have also given some inspiration to the innovation and development of sensors in China. 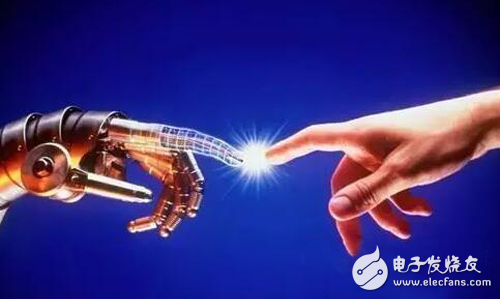 Artificial light sensor <br> <br> recent years, in the related art and the production of bio-energy materials like pharmaceuticals, the use of biological "biotechnology" becomes increasingly important, can be produced using a variety of species of blue-green algae photosynthesis The ability to receive attention. On November 24, Tokyo University of Agriculture and Technology announced that it has successfully developed an "artificial light sensor" that induces gene expression by red light by modifying the photosensor protein derived from blue-green algae.

The results of this research are based on the concept of â€œsynthetic biologyâ€, which uses DNA recombination technology to design and create new functions. It is expected that the development of a novel bioprocess having high functions will be rapidly advanced by applying a technique for successfully changing the gene expression control function using light to microorganisms capable of producing useful substances such as blue-green algae.

Small myoelectric sensors <br> <br> sensor because most outpost in the data collection in the field of health care has always been an important role. The small electromyography sensor developed by Shanghai Yudian Technology Co., Ltd. has been successfully applied in rehabilitation medicine and bionic prosthetic limbs. In the future, it will expand into the sunrise industry such as VR/AR, physical fitness and human bones.

The myoelectric sensor independently developed by Shanghai Haodian is a kind of charge sensor with high sampling rate, strong anti-interference ability and good filtering effect. The core algorithm can convert the collected effective EMG data into clear waveforms through filtering, and then apply the waveforms to rehabilitation, fitness, VR\AR and other fields. Currently, it has passed the national second-class medical device quality testing.

"Socks" temperature sensor <br> <br> committed to diabetes health monitoring record prices SirenCare developed a smart socks, the socks by the temperature sensor to detect whether a patient is inflammation, real-time detection and thus the health of patients with diabetes. Compared to the boots and insoles developed by other companies, Siren's socks are closer to the skin. The sensor is woven into the sock, and the foot inflammation can be detected at any time, and all the information detected is uploaded to the app on the smartphone, so that the patient can know his or her foot at any time.

All data is stored in the socks sensor, mobile app and cloud disk. When the foot is damaged, the sock can detect the high temperature difference, and then the App will give an alarm to remind the patient that there is a problem with the foot. Although smart socks are a sensor wearable device, they do not need to be recharged frequently. The internal battery of each sock is fully charged and can be used for six months.

Stickers sensor <br> <br> According to reports, US researchers have developed a flexible sensor similar skin stickers can monitor heart rate and recognize the voice. Potential applications for the device include diagnosing the condition, manipulating the robot, and playing computer games without a handle. For example, the user only needs to say "up, down, left, and right" to control the Pac-Man game, and the speech recognition rate can reach 90%.

It is reported that this new sensor is similar to a small band-aid, only 20 mm thick, 213.6 mg weight, with sufficient flexibility and extensibility to be worn on the neck of the neck. Compared to common stethoscope sensors, the low-power commercial microelectromechanical system (MEMS) accelerometer used in the sticker sensor is wrapped in a sticky elastic silicone and is highly wearable.

Bioluminescence sensor <br> <br> bioluminescence sensor is actually a new research tools for luciferase enzyme that genetically modified and invented by a team of scientists at Vanderbilt University in the United States through. According to the researchers, this new sensor can be used to track the internal interactions of large neural networks in the brain.

Type sensor can be attached to the skin <br> <br> According to reports, the latest Japanese researchers have invented a low-cost integrated sensors like a Band-Aid in general. This band-aid integrated sensor is a flexible device that can be attached to the body at will, which can monitor human activity, heart rate and UV intensity, and can be used in health management and Internet of Things.

According to the researchers, the stick-on skin sensor is printed on a thin plastic film using the newly developed printing technology, which is relatively low in cost compared to previous semiconductor sensor manufacturing techniques. From a hygienic point of view, the portion of the film that is directly attached to the skin can be used at one time, while the more expensive electronic components such as transistors are designed to be reusable, taking into account ease of use and low cost.