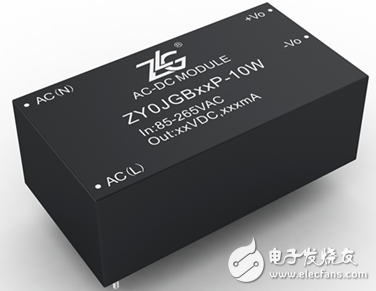 The power module is small in size. In occasions where EMC requirements are relatively high, additional surge protection circuits need to be added to improve the EMC performance of the system. As shown in Figure 1, in order to improve the surge protection capability of the input stage, a varistor and TVS tube are added to the periphery. However, the original purpose of the circuits (a) and (b) in the figure is to achieve two levels of protection, but it may be counterproductive. If the varistor voltage and current capacity of MOV2 in (a) are lower than MOV1, in strong interference situations, MOV2 may not be able to withstand the surge impact and be damaged prematurely, resulting in paralysis of the entire system. Similarly, in circuit (b), because TVS responds faster than MOV, it is often the MOV does not work, and the TVS is damaged prematurely.

Add an inductor to form a two-level protection circuit. As shown in circuits (c) and (d), an inductor is connected in series to separate the protective device into two levels. For high-frequency surge pulses, the inductor has a large impedance, so the varistor at the front end works first. , And the pressure sensitive and TVS at the back end can further absorb the residual pressure protection module. In addition, even if it is a single-level protection, adding inductance can also play a certain role to prevent surge voltage from being directly applied to the input of the module.

2. The output filter capacitor is too large, causing the module to be abnormal

It is generally recommended to add a certain filter capacitor to the output of the power module. However, during use, due to insufficient understanding and other reasons, an excessively large output filter capacitor is used, which increases the cost and reduces the stability of the system.

As shown in Figure 3, the output voltage of the power module is gradually established. The LM2576 of circuit (a) is not designed for under-voltage lockout. It starts to start when the VIN voltage is low. If the OUT load is too heavy, it may be misjudged by the 24V module. It is short circuit or excessive capacitive load, which leads to poor start.

Therefore, it is recommended to use circuit (b), an external simple under-voltage lockout, so that the output voltage of the 24V module is established to the preset value before starting the external switching power supply chip such as LM2576, which can largely avoid the problem of poor startup.

Or you can use a power supply module with a larger power margin, and the ON/OFF pin can also be connected to the MCU for control.

For dual output modules, the two outputs have different requirements for the load. This type of module usually only performs voltage regulation feedback on one of them, and the other is coupled to the required voltage through a transformer.

Some modules of ZHIYUAN Electronics are both main and auxiliary circuits regulated. For example, ZY0GD1212DI3-15W is a dual 12V dual regulated output product.

5. Parallel and redundancy are not the same thing

When there are two identical modules on hand and the power of a single module is insufficient, it is natural to think of using the two modules in parallel to meet the power requirements. However, the method of using ordinary power modules in parallel to increase the power has great hidden dangers, and the output voltage is biased. The high module needs to provide too much current to cause the module to overpower.

As shown in the above circuit (a), the load requires 5W power, which exceeds the load capacity of a single module, and one of the modules may be overloaded. For this application, a single module with a power greater than 5W is required, such as ZY0JGB12P-10W. But the circuit (b) is not the case, the power of each module can meet the needs of the load, and this is a redundant design.

6. Although tantalum capacitors are good, they need to be cautious when placing them

Tantalum manganese dioxide capacitors are relatively easy to break down and short-circuit, and their anti-surge ability is poor. When starting up or when external power supply is connected, it is likely to form a large surge current or voltage, which will cause the tantalum capacitor to burn out, short circuit or overvoltage breakdown. In the absence of strict evaluation, it is recommended to use ceramic capacitors or electrolytic capacitors.

No winding
Stretch when used, shrink when not used

Five lengths
Each pause is a length, suitable for multiple occasions