Ali SAIC's car is about to debut 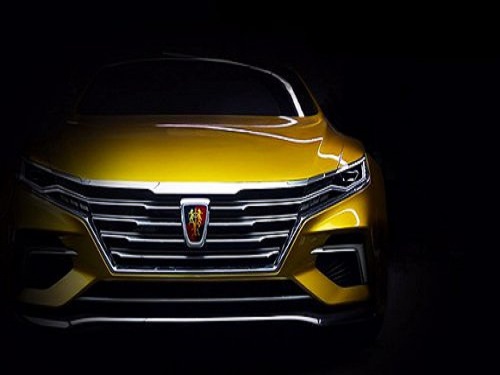 The efforts of SAIC and Alibaba Group have finally come to fruition.

The above two companies announced at the 2016 Yunqi Conference held recently that the first car jointly developed by both parties will complete the world debut at the Beijing Auto Show held in April this year. As the world's first truly mass-produced Internet car, the new car will be included in the product lineup by SAIC as the "Roewe City SUV."

Ali obviously paid considerable attention to this matter. The company reaffirmed this news at the Alibaba IOT Eco Summit held on February 29 and stated that this car product will become an important part of Ali YunOS cloud ecosystem. component.

However, for both partners, the pace of progress of the project has already represented the industry's fastest level. In fact, the cooperation intention between SAIC and Alibaba was reached in July 2014. Both parties signed an "Internet car" strategic cooperation agreement in Shanghai. The real cooperation between the two has only just started in March last year. At that time, SAIC and Ali jointly invested 1 billion yuan to establish the "Internet Auto Fund" and formed the "SAIC Ali Internet Automotive Company."

Since mid-February this year, SAIC Ali Motors has started a new round of large-scale recruitment. Its recent positions have reached nearly 40 kinds, covering automotive manufacturing, testing, and Internet development, operation and other fields. The salary standards for related positions are between 10,000 and 50,000 yuan per month.

In a large-scale cooperation in this type of industry, the rationality of the division of labor will be a key factor in testing both sides. Therefore, at the beginning of this cross-border cooperation, SAIC and Alibaba had a clear division of labor.

SAIC is responsible for hardware manufacturing, technical support, and production line management. Alibaba, which clearly stated that â€œhardware production will not be implementedâ€, is responsible for implementing operating systems, software, O2O services, and integration of various online products on the Internet. . Alibaba insiders said that integration work like this has already been completed by Alibaba's Automotive Division as early as a year ago. The department was established in April last year and its responsibilities include big data marketing, automotive finance and automotive e-commerce.

In recent years, the distinction between the Internet industry and the automotive industry has been far less clear than before.

Right now, LeTV is a more aggressive example of Internet companies that are conducting similar explorations in car development and manufacturing. The company is currently collaborating with Faraday Future, an American electric vehicle manufacturer headquartered in Los Angeles, and Aston Martin, a British sports car manufacturer, to develop the LeTV Super Car.

It is worth noting that in the promotion of automobile development plan, Leighton founder and CEO Jia Yueting also frequently used the word â€œecologyâ€. According to the company's plan, the super car's hardware will "always serve a part of the LeTV ecosystem." In an e-mail message previously written to Nevada officials in the United States, LeTV's interpretation of the concept of "ecosphere" was: "A complete and intelligent automobile system, a system that can protect the earth and improve human living environment, making the automobile industry A revolutionary change has taken place.â€ However, as of now, LeTV is still in the conceptual composition stage, and there is still some distance from production trials and even mass production.

Judging from the current situation, the â€œInternet Carâ€ label of the Roewe Urban SUV still needs to be further explained by the above two companies. What is known now is that this model will incorporate many Internet features like voice navigation, quick payment, system-level search, and online entertainment on the basis of traditional cars. In its â€œtraditional carâ€ attributes section, SAIC indicated that the new car will carry the latest â€œBlue Coreâ€ powertrain of the manufacturer, and will follow the launch of â€œGreen Coreâ€ plug-in hybrid and pure electric vehicles. According to the companyâ€™s internal sources, the Roewe City SUV is likely to be a compact SUV or crossover.

As for the technical parameters of the model, SAIC indicated that it is not convenient to disclose more information at this time, so the specific details can only be discovered during the Beijing Auto Show this year.

BLPS laser safety protective device is designed for personal safety used on hydraulic bender.
The dynamic test technology it used has passed the Type 4 functional safety assessment by TUV, and get the national invention patent. The product reaches the advanced technological level of similar products.
BLPS laser safety device provides protection zone near the die tip of the bender to protect fingers and arms of the operator in close to the upper mold die tip. It is the most effective solution so far to preserves the safety and productivity of the bender.