Who is still alive by crossing the Smart Hardware Death Valley in 2014?

On the one hand, new and old giants poured into smart hardware and competed for layout; on the other hand, consumers' purchasing power was insufficient and the initial enthusiasm was gradually exhausted. Investors tend to be cautious and wait-and-see, products tend to be homogenized, and time-of-name is forced to transform; explosions are mostly short-lived, and the jump ticket has become the unspoken rule of the industry. 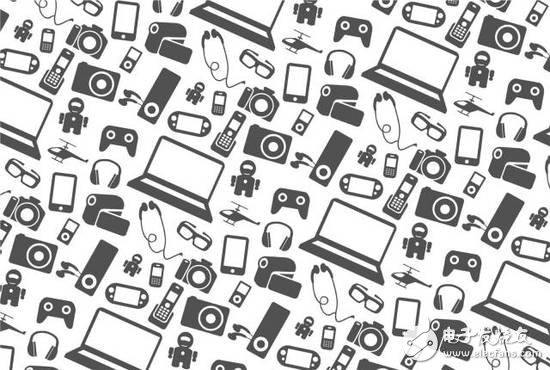 For example, products that have been on the crowdfunding website are now very popular. The new hardware that used to get a million orders in the circle of friends has also suffered the same supply chain problems as Lao Luo.

In addition to grassroots entrepreneurs, the Internet giant is also clearly stuck in the stage of touching the stones and crossing the river. Samsung, Microsoft, Shanda's watch bracelets are flat, Apple's smart home layout Homekit is ineffective, Google's Google Glass's taste is embarrassing; Qihoo 360's security anti-lost guards in booking more than 100,000 users After the level is suspended and publicly apologized, the security router is gone.

So, it is not an exaggeration to describe 2014 as a "smart hardware death valley." At present, in addition to the concept of imagination and futuristic, the use value of intelligent hardware mostly stays in the technical plaything of disguise and self-appreciation. Intelligent hardware entrepreneurs generally lack of deep thinking about application scenarios and practicality. Companies that run out of financing in a year are not in a minority, and more companies that do not get money are struggling to find a way to survive.

The industry is so messed up

Now that smart hardware has stepped into two ships, it has become a boundary industry between these two fields. This is an area where there are no rules or even blurred boundaries. Growing in it, blending the former thinking and running the latter operating habits is obviously uncomfortable. What's bigger is that the two sides can rely on smart hardware in their respective places. The smart hardware has become a pan-concept, and the market, which is not so clear, has been catalyzed by more inaccurate positioning and exaggeration. Demand.

Just like the Apple Watch, it can only be used in a series with the iPhone, iPad, and Mac to be able to use it.

The same is true for intelligent hardware. When each hardware can assume the function of inputting and outputting information, information can be shared in the cloud, and finally it can provide a non-probable intelligent experience. But now, what we can see is a variety of smart hardware items, which are just some of the units of data transmission. It is still very early from the data network that is the input and output of each other. There is no tandem between the various items, and even if it is an explosion, it is subject to a huge risk of being abandoned. Therefore, when the parties are separatist, the assaulter can also be called a death squad in a certain sense.

In 2014, the investment boom accompanied by smart hardware also experienced a round of annihilation and a round of destruction. Various investments were concentrated on angel wheels and pre A. It is difficult to say that a series of investments saw the achievability of these ideas. Itâ€™s just eager to take a pit. The heat of entrepreneurship has ignited the heat of capital, and the hot money has continued to stir up enthusiasm. Although the future can be expected, it is inevitable that people will be flustered. It was not until after a death valley that everyone calmed down.

As for the surrounding industries, such as incubators, vertical media, crowdfunding platforms, etc., at the same time, they did not think clearly.

In fact, compared with Silicon Valley, the pragmatic nature of Chinese people makes our entrepreneurs better at business model exploration and operation promotion, which is very valuable in the field of O2O, but on the intelligent hardware, it may lead to the idea being passed. I had to conduct commercial exploration early, seeing his banquet guests, seeing him... Of course, it was just a wave.

The most important experience of hardware is still at the technical level. If there are two problems that are not solved, the value of use will be greatly reduced.

One is interaction, the mouse has created the web era, the touch screen was born in the era of mobile Internet, then enter the era of intelligent hardware or the Internet of Everything, the good way of interaction should not be touch-sensitive, open the brain, I am afraid it is voice and Behavioral, even hardware completes the input by prejudge your behavior. But use your siri to know that its most wonderful value is only to be ridiculed. The technical problems of interaction are not solved, and the intelligent hardware may not be easy to use.

The second is battery life. This is simpler. Can I really endure charging the wrist device once a day? This is why the smart home collar has ushered in a practical scene earlier than the wearable device, at least people have no endurance problems.

The transition of App operations also hurts the user experience. Difficulties in interaction make it difficult for the hardware to recognize your instructions. If you carry the operation interface, it will generate huge power consumption. Well, what to do is to use the mobile app to make the transition. However, using a mobile phone to turn on the light is not as convenient as taking a hand switch.

As for the application scenario, of course, it is built on the technology. If a smart toilet can't tell that I am a man or a woman, it can only be a burden. Yes, the user is a little overdraft.

The user is so annoyed

The team problem is of course the one we often hear. It is concluded that there is no money, no one, no supply chain, high hardware production and iteration cost, it is always the rhythm of the programmer, and the supply chain is the entrepreneur. The biggest threshold.

The slot in the head here is still the most suitable for a user. Knowing that user Chen Zihan answered "Why are a lot of popular hardware products on Kickstarter, have they all died?"

As a hardware veteran, I can only say that you are too naive. Taking the road of hardware entrepreneurship is to choose a life to fight through the Devils Village. Before you step into this pit, please Sensen's feelings about the hardware world. For you, there is no money for money, no one wants people, no production, no time, no time to start a company with a lot of time!

Enershare's commitment to future-ready energy solutions for smart home innovations, Enershare`s Energy Storage Systems create a flexible energy maintenance system for homeowners who want to take more control of their home energy use, it is intended to be used for Home Battery energy storage and stores electricity for solar self-consumption, load shifting, backup power, and off-the-grid use. you can use it anytime you want-at night or during an outage.