Vintage Knob-style TV for only 4,600 yuan 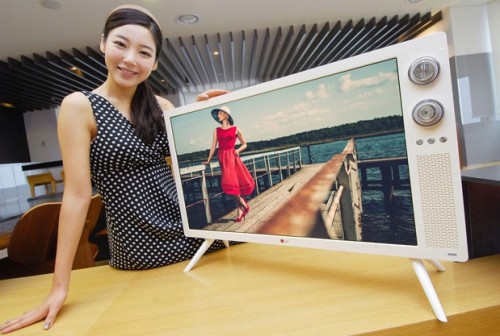 For the 80s, the memory for the TV starts with a black-and-white TV with a rotary knob, a tuning sound, and an adjustment channel. Although it is now considered that such television sets are old-fashioned, it was really enjoyable at that time.

In order to stimulate everyone's memories of this TV, according to foreign media reports, South Korea's LG company recently introduced a retro-style knob design TV. This TV model is 32LN630R, using a 32-inch LCD screen. The overall shape is very similar to that of the televisions of the 1970s and 1980s. Speakers and control switches, volume, and channel buttons were all designed to the right of the screen, and a very simple bracket design was used.

The physical resolution of LG 32LN630R has reached 1920Ã—1080, and it adopts IPS hard screen panel and supports USB port and MHL interface.

It is reported that this 32LN630R is currently sold in Korea for 840,000 won (approximately 4,600 yuan), but LG is that this TV will not temporarily land overseas markets.

The PufangTech`s wireless data modem is used to replace standard RS232 and RS485 serial communication cables. It provides a transparent connection between source and destination terminal and requires no knowledge of the data it is transmitting and the data can be simply sent and received with minimal delay.