Huang Yicheng: A new generation of nuclear power is safer 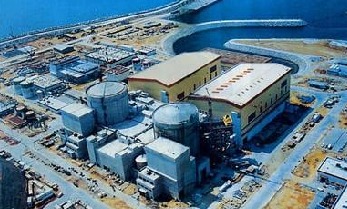 Chinaâ€™s nuclear power, including the 300,000 kilowatts of units that we design and manufacture with our own technology, has also been operating for more than 20 years, and we have been able to operate safely without accidents. Therefore, nuclear power is safe, and the safety of nuclear power already in operation and under construction in China is guaranteed.

For decades, the worldâ€™s nuclear power has had three major accidents. They are Sanri Island in the United States, Chernobyl in the former Soviet Union, and Fukushima in Japan. The first two were caused by improper management and serious operational errors. The third Fukushima accident in Japan was caused by a large-scale tsunami caused by a magnitude 9 earthquake. The 14-meter-high wave damaged the emergency power supply, which was caused by improper handling. Caused.

Sanli Island in the United States, Pennsylvania, the cause of the accident is the failure of the secondary circuit feed pump outage, resulting in a loss of the main water supply operation event, the loss of the main water supply, the primary circuit pressure increases, forcing the reactor to automatically shutdown, automatic start An emergency feed pump was used, but due to a previous maintenance, the valves of all emergency feed water pipes were closed by mistake, and the entire water supply event was lost. In this case, the core pressure continues to increase, causing the pressure relief valve of the regulator to open. However, when the pressure drops to the setting value, the pressure relief valve is stuck in the open position due to a fault, causing a small break in the primary circuit. Evolved into bare core, the upper third of the core is severely damaged and radioactive material is leaked. However, due to the well-sealed containment vessel, the power plant sealed the spread of radioactive materials into the atmosphere, causing no major casualties and environmental damage. After the accident, the development of nuclear power was frustrated, and the nuclear power industry profoundly rethought and raised the further improvement of design safety standards, including the prevention of accidents caused by human factors such as operational errors. European and American countries are committed to developing third-generation safer nuclear power technologies.

The Chernobyl nuclear power plant has a designed capacity of 1 million kilowatts in the Ukrainian region of the former Soviet Union. Prior to the planned shutdown for maintenance, the turbogenerator set was subjected to a load rejection test. Tests should be conducted at a reactor thermal power of 700 to 1,000 megawatt hours, and the actual reactor power of only 200 megawatts would be forcibly carried out when the reactor was actually Into unstable and uncontrollable state. During the test, the core emergency backup system was released and eventually the core melted and exploded. Since the nuclear power plant did not build a containment vessel, radioactive material diffused into the atmosphere, causing the most serious accidents. In a detailed analysis conducted afterwards, it was found that such graphite boiling water reactors have inherent defects and are now gradually withdrawn from operation.

Japan's Fukushima Daiichi Nuclear Power Plant suffered a magnitude 9 earthquake on March 11, 2011. After the earthquake, the basic functions of the power plant still existed: The nuclear power plant was automatically shut down and the emergency power was automatically activated. But then the tsunami caused by the major earthquake destroyed the emergency power source of the power plant. From this time, two days, the power plant did not take timely measures to supply water to the reactors that needed cooling, which caused reactor melting and radioactive material leakage. The second largest nuclear pollution accident in the world. The accident at the Fukushima nuclear power plant is a scourge plus man-made disaster.

When I attended the World Energy Conference in Canada in 1989, the American Westinghouse Company sent a vice president. He introduced a third-generation nuclear power plant to me with a model and several experts. I listened very heartily for the morning and proposed it in the middle. Some questions. After listening to the questions, the vice president asked me what I think. At that time I said three sentences: â€œIâ€™m very interested in this technology; I havenâ€™t seen any high-tech, the core is a mature technology; there are many New thinking.â€ If you change the mechanical ventilation to natural ventilation, it will greatly simplify the system. This cannot be said to be high-tech, but it can only be a new idea. A pond is built on top of the containment. When the reactor is depleted of water and the temperature rises, the water flows down automatically. This idea is very good, but it is nothing new. There is also a direct installation of the circulation pump on the steam generator, saving piping and valves. Such ingenious ideas have greatly simplified nuclear power plants, reducing the number of valves by 50%, 35% of pumps, 80% of pipelines, 45% of earthquake-resistant structures, and 70% of cables. The third generation is indeed a great improvement over the second generation. The country decided to stop building the second generation, build only the third generation, and produce batch production. This is very correct.

In order to be safer, it is very important to improve the design. However, from the accidents that have occurred in recent years, it is also very important to strengthen management, strict discipline, and ensure strict implementation of the system. I suggest whether or not we can implement semi-military management in nuclear power management.

Our country needs to vigorously develop nuclear power. It is not an ordinary need, but it is a great need. Nuclear power is safe and does not produce carbon dioxide. A large amount of carbon dioxide is the main source of global warming. In 2020, China must build a well-off society in an all-round way, and the minimum economic growth rate should reach an average annual rate of 7%. To ensure this economic growth, the annual growth of electricity should be greater than 7%. By 2020, the minimum installed capacity of electricity in China should reach 1.6 billion kilowatts ( Only two kilowatts of wind power and solar power can produce a kilowatt of coal-fired power. After China has reached a level of overall well-to-do level, the economy needs to develop and it must reach the level of a moderately developed country. Taiwan has a population of only 23 million people. It has built 40 million kilowatts of power generation capacity and is building a fourth nuclear power plant. When China has developed into a moderately developed country, the country needs to build a certain amount of power generation. It is still not accurate, but 2 billion kilowatts is not enough. In addition to vigorously developing hydropower, wind power and solar energy, it is also necessary to build nuclear power. China now has 700 million kilowatts of coal-fired electricity, and building coal power on a large scale will have a great impact on the atmosphere. Now that China has the largest amount of carbon dioxide emissions, we are the worldâ€™s first new emitter of carbon dioxide every year, and we will be criticized by the world. We are also victims of global warming. Therefore, we need to develop a great deal of nuclear power to minimize coal power. The Indian Prime Minister stated that they will build 500 million kilowatts of nuclear power by 2050. No one in China has said that the size of nuclear power is by then, but it should not be less than them.

China should strive to speed up the construction of four third-generation nuclear power generating units. With the digestion and absorption of design technology and equipment manufacturing technology, large-scale construction can be replicated. The larger the scale of construction, the lower the cost of equipment manufacturing and the improvement of product quality. Improve the quality of construction, reduce construction costs, and facilitate the training of operational and technical personnel. Do not engage in flourishing, a new product today, and a new product tomorrow. To develop new products, research trials can be conducted. It is hoped that Chinaâ€™s nuclear power will accelerate the pace of development and gradually replace coal-fired power, making a significant contribution to meeting the needs of economic development and reducing carbon dioxide emissions.

I heard that when the State Council discussed the construction of nuclear power, some people said that in the accident at the Fukushima nuclear power plant in Japan, a large amount of water contaminated by radioactive substances was discharged into the sea. Therefore, it was proposed that if a nuclear power plant were built in the Mainland, a leakage accident would occur. All rivers and reservoirs will be polluted. I think this argument is not in line with the actual situation.

This loop has low levels of radioactivity due to heat gain in the reactor, but the total amount of water stored is not large. The four new AP1000s introduced in China using imported technology have a total water capacity of 300 cubic meters in the first circuit and consist of four components: (1) pressure vessels; (2) steam generators; (3) voltage regulators; (4) pipeline. The first loop is built entirely inside the containment of the nuclear power plant. Therefore, in case of an accident, this water will be completely enclosed in a containment vessel and will never flow out of the containment vessel, causing environmental pollution. Chinaâ€™s existing and under construction nuclear power plants have built a strong containment vessel, which means that accidents do not occur and radioactive materials do not escape the containment.

The third loop is cooling water, which is even less radioactive. Usually return to rivers, reservoirs, cooling towers, or the sea to cool down. The nuclear power plants that China will build will not be cooled directly by rivers or lakes. Instead, cooling towers will be used. The use of cooling towers will bring about a loss of water, which needs to be supplemented by river water or lake water. Nuclear power plants must not discharge any water into rivers or lakes.

Nuclear power plants are safe and modern nuclear power is safer. In order to solve China's energy supply and ecological environment, we must not only develop nuclear power, but also accelerate development.