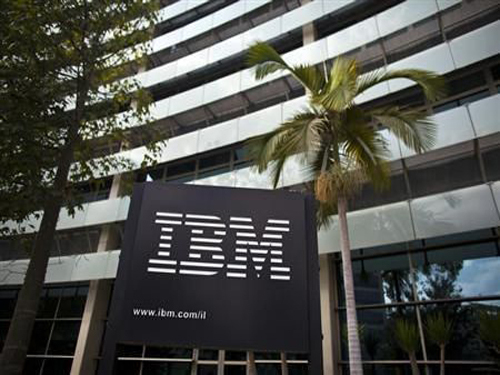 International Business Machines (IBM) began providing chip licensing to other companies in 2013, which can be used to achieve server chip self-control. Now that IBM has licensed Power Architecture chip technology to its industry partners, a Chinese company is about to produce a customized server processor with customers targeting large Chinese companies.

Zuzhou PowerCore Technology Co., Ltd. (Zuzhou PowerCore Technology Co., Ltd.) stated that it will use the IBM Power8 architecture to provide customized chip design solutions, which is the first chip achievement of the OpenPower Alliance. Zoom Netcom of Wuxi may take the lead in using this Chinese chip product named C1 for the new RedPower server series. The word "Power" in the server also shows the inextricable link with IBM's technology.

For IBM Partners, a key motivation for joining the OpenPower Alliance is to promote competition. At present, Intel (Intel Corp.) is almost exclusively in the server microprocessor chip market, and chips used by large-scale network companies and other cloud services are almost always produced by Intel.

It is worth mentioning that before the Chinese government began to strengthen information system security in financial and other industries, US companies such as IBM and Cisco were left out of the cold, and domestic manufacturers began to receive attention. It is reported that in the cooperation of technology licensing, IBM encourages Chinese partners to implant features of self-control in chip or server products.

The head of Suzhou Zhonghong Hongxin Company stated to the media in Silicon Valley: â€œOur characteristic is to develop (custom) according to the needs of key industries.â€

Zhu Yadong said that Suzhou Zhonghong Hongxin is currently consulting with a series of potential customers in China on using Power8 technology, including telecom operators and power companies. He expects the chip product will be available in June.

Ken King, general manager of IBM's OpenPower Alliance, said that the project was approved by Chinese officials last fall and helped stimulate demand in China. He said that China's domestic demand and IBM's promotion have jointly promoted the development of the project.

However, in the server market, the x86 architecture server processors manufactured by Intel Corporation and AMD Corporation occupy the mainstream position. In the market, the market share of Power architecture has been declining, and recently, IBM began to pay attention to the data center market of large-scale cloud computing companies.

For example, Internet giants such as Google and Facebook began to commission OEMs for OEMs from Taiwan's OEM companies. IBM's goal is to sell Power processors to these big customers.

Among them, Taiwan's server manufacturer Tyan Computer has become a customer of Power processors. IBM also recently stated that it will provide Taianâ€™s server rental options to its customers in the cloud computing business unit SoftLayer.

It is reported that Google is also interested in the Power architecture. In fact, Google is a founding member of the OpenPower Foundation, and Googleâ€™s senior management Gordon MacKean is currently chairing the foundation. However, Google has so far not announced plans to purchase servers with Power8 processors in its data center.