A new round of global industrial strategic layout has been formed

Currently, global manufacturing is experiencing a new round of industrial revolution. As a global manufacturing powerhouse, in early 2012, the German industry proposed Industry 4.0, while in exploring future manufacturing, the United States proposed the development of "Industrial Internet." Compared with the former two, GDP surpassed Japan, and China, which emerged as the world's second largest economy, launched the â€œMade in China 2025â€ development plan last year. 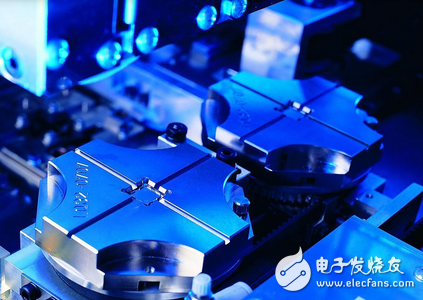 In this regard, Li Jie, a professor at the University of Cincinnati in the United States, has a relatively detailed analysis of the above three in his book "Industrial Big Data." He believes that Germany's main goal of Industry 4.0 is to open up new markets for German industrial equipment, but also to change the state of selling equipment only and the proportion of service type is small, and to enhance the sustainable profitability of German industrial products. There is no doubt that the development of smart factories and smart equipment is an important support for achieving this, as mentioned in the core connotation of Industry 4.0.

Similarly, for the change of the virtual economy and the real economy, the transformation track of the famous American company GE in recent years, in the author's view, is to some extent the epitome of the development of the US manufacturing industry.

In this context, the US Industrial Internet, in fact, relies on its previous information industry foundation, and leverages the advantages of this industry to leverage the analysis of big data to promote the development of the intelligent service industry.

In the above comparison, it is not difficult to find that the industrial upgrading of Germany and the United States is actually a competitive industry that locks itself. But whether it is hard manufacturing or soft information industry, the actual core connotation of Industry 4.0 and Industrial Internet emphasizes the high degree of interconnection and integration, and both highlight the development of industrial big data. From the performance characteristics of the two, in fact, it is inseparable from the development and mining of industrial big data, that is, after emphasizing the interconnection of machinery and equipment, how to transform industrial big data into information and then into value. In my opinion, based on this, the industrial 4.0 and industrial Internet proposed by Germany and the United States can be understood as â€œthe same wayâ€. After comparing the two, if we look back at China's industrial upgrading path, we can find that we have borrowed both. This is particularly reflected in the proposal of China's manufacturing industry 2025. In fact, it is in line with the promotion of "Internet +". Obviously, these two plans correspond to the concerns of the intelligent equipment industry and the intelligent service industry.